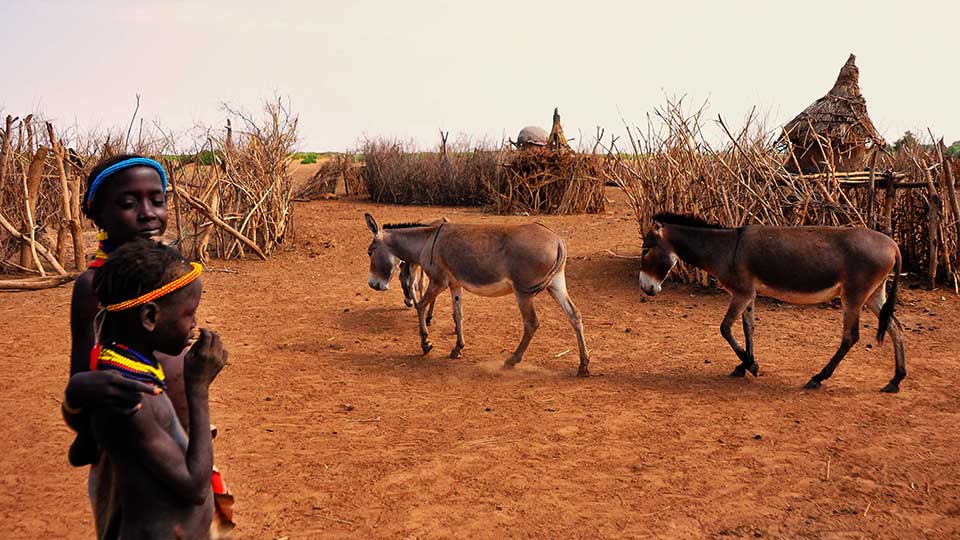 A man and his son were once going with their donkey to market.
As they were walking alongside the donkey, a countryman passed them and said, “You fools, what is a donkey for but to ride upon?”

So the man put the boy on the donkey and they went on their way.
But soon they passed a group of men, one of whom said, “See that lazy youngster, he lets his father walk while he rides.”

So the man ordered his boy to get off, and got on himself.
But they hadn’t gone far when they passed two women, one of whom said to the other, “Shame on that lazy lout to let his poor little son trudge along.” 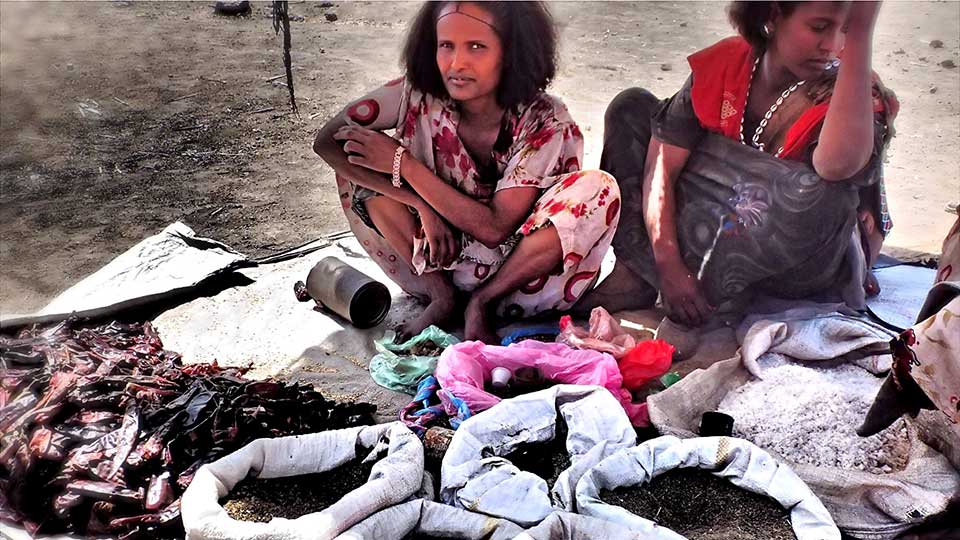 Well, the man didn’t know what to do, but at last he took his boy up before him on the donkey.
By this time they had come to the town, and the passers-by began to jeer and point at them.

The man stopped and asked what they were scoffing at.
The men said, “Aren’t you ashamed of yourself for overloading that poor donkey of yours and your hulking son?”

The man and the boy got off and considered what they should do. 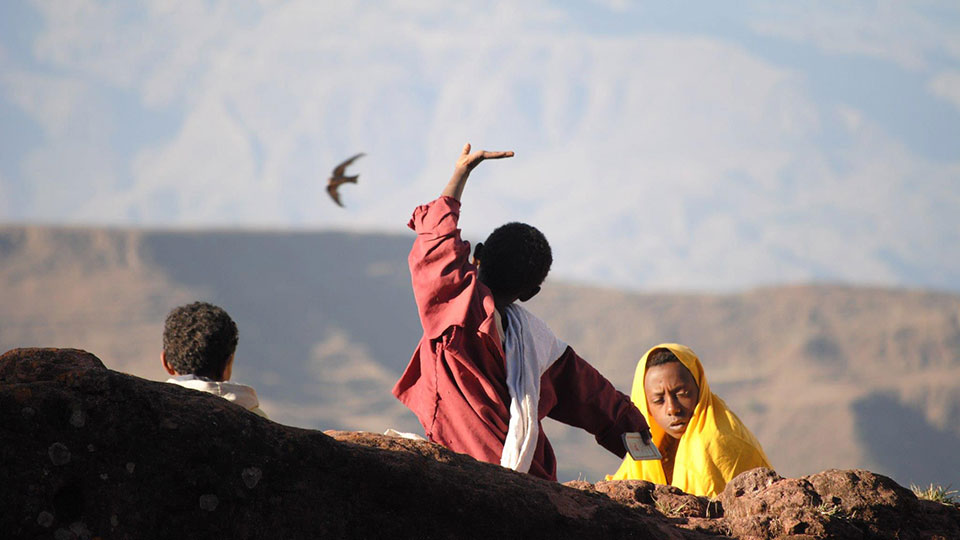 They thought and they thought until at last they cut down a pole, tied the donkey’s feet to it, and raised the pole and the donkey to their shoulders.

They went along amid the laughter of all who met them till they came to market bridge, when the donkey, getting one of his feet loose, kicked out and caused the boy to drop his end of the pole.

In the struggle the donkey fell over the bridge, and his fore-feet being tied together he was drowned.

“That will teach you,” said an old man who had followed them, “Please all, and you will please none.” 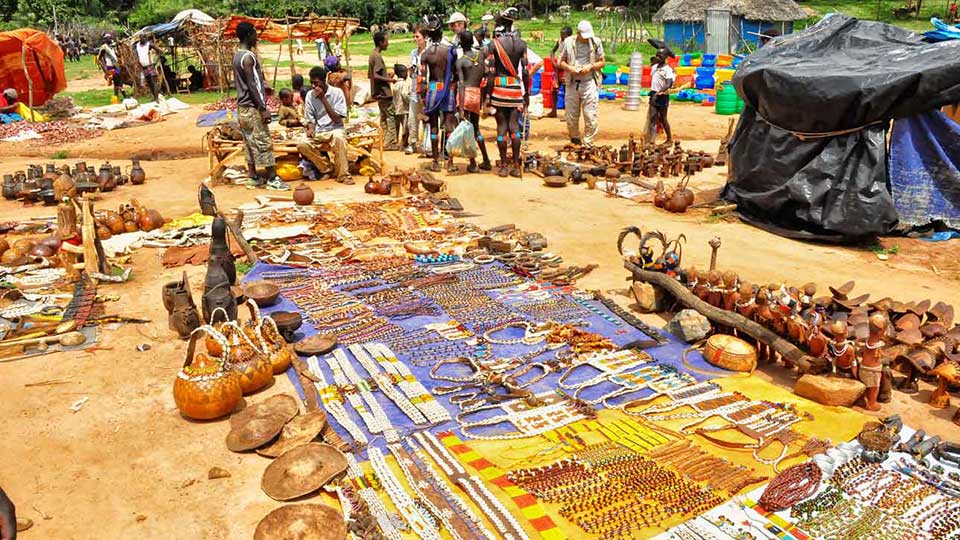 “It always seems impossible until it is done.” ― Nelson Mandela 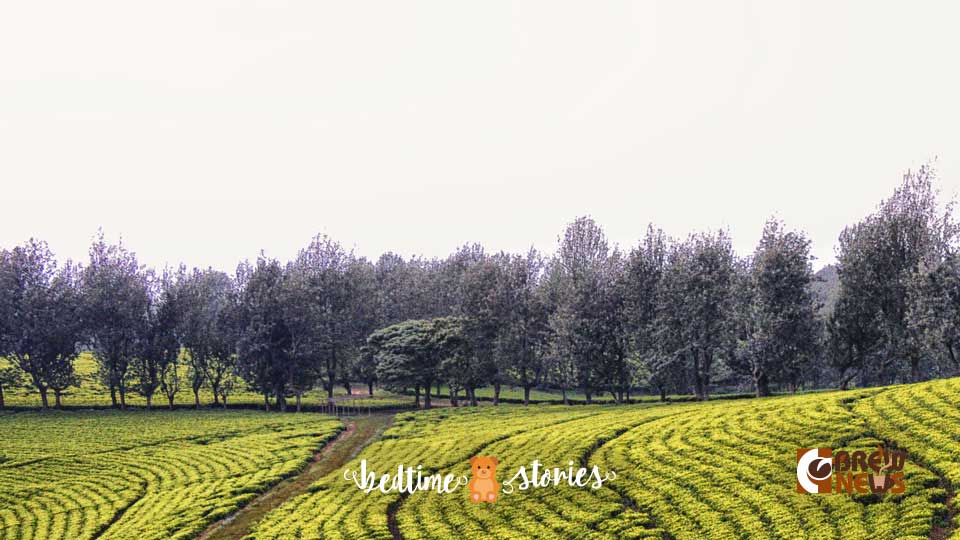 Origin, other sources and thanks for this Brew News bedtime story, “The Man, The Boy and The Donkey”:

The Aesopica is a collection of fables credited to Aesop, a slave and storyteller [some things never change 🙂 — Ed.] commonly believed to have lived in ancient Greece between 620 and 564 BCE, however some traditions depict Aesop as a black Ethiopian and anthropologist J.H. Driberg, repeating the Aesop/Aethiop linkage, assert[s] that, while “some say he [Aesop] was a Phrygian… the more general view… is that he was an African”, and Driberg goes on to say that, “if Aesop was not an African, he ought to have been.” [Wikipedia’s Aesop article]

“The Man, The Boy and The Donkey” is a fable attributed to Aesop, debatably an Ethiopian, definitely a wise man, and while the moral of this story, “Please all, and you will please none.” is not lost on us here at Brew News from Convenience Coffee, we bust our buttons to keep all of Bermuda happily hydrated, caffeinated (and/or decaffeinated) — and we deliver everything we sell absolutely free direct to your home or office (so long as it’s in Bermuda.)

We hope you’ve enjoyed this Sunday’s Brew News bedtime story. If it, or anything else we do pleases you, please tell the whole world about it on our Facebook page or in the comments section below. If there’s anything we can improve, please contact our six-foot-plus Austrian-Bermudian boss, Herwig. He’s our AB+ Happy Customer Guarantee.

When we published Brew News last week, Tropical Storm Nicole, soon to be "one of the…